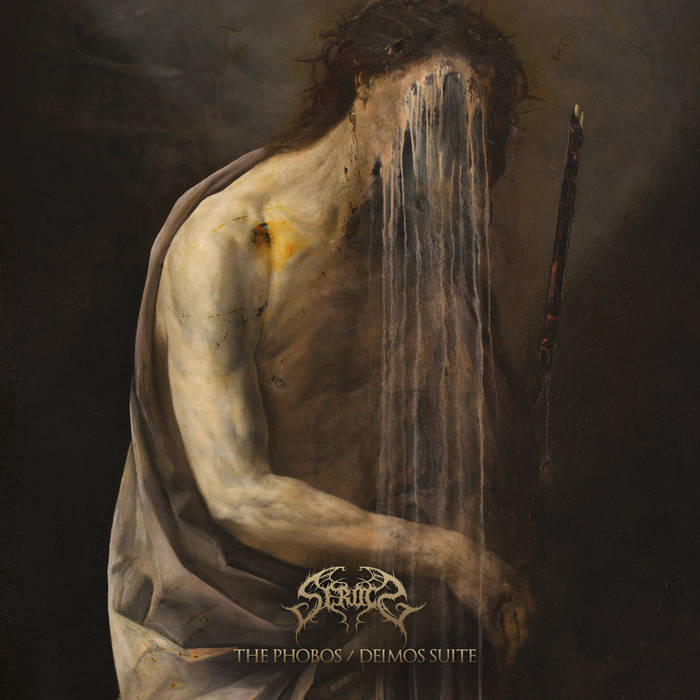 bcb723 The drums are phenomenal - pure insanity from the start. Serocs lays it down with some technical death riffs that will transport you back to the late-90s. This album also has an intense lyrical content with a heavy concept. Oh and "Thanatophobia" will dominate you entirely. Nice. Favorite track: Thanatophobia.

warren barton Serocs kills it on this album,there music is from the sewers of hell and I absolutely dig it. It's so heavy and has amazing technical riffs and amazing vocalist that would burn the ass off the devil.😆 Favorite track: Thanatophobia.

Metallurgical Fire What unites Everlasting Spew talent? The drums are standout on every release I’ve heard from this label. It’s a rarity for me to say that about a tech death record, but I love the drums here. It’s a killer album.
more...

"The Phobos/Deimos Suite" revives the brutal tech-death style of the late 90s/early 2000s and includes ten devastating and mind-melting tracks! Featuring current members of First Fragment, Chthe'ilist, Funebrarum, Benighted & Sutrah, international combo Serocs is pure neural ecstasy!
The album takes inspiration from The Divine Comedy/A Christmas Carol and similar tales. It is the story of a selfish, piece-of-shit man who is terrified of death. Living in constant anxiety and isolation, he finds himself one night being attacked by sleep demons (mares), who transport him to Hell. There, he finds out that Hell is not the classic demon/fire/torture-ridden place, but Hell is inside our heads. Hell is our ego, our mistakes, our selfishness as mankind and as individuals.

Serocs began in 2009 as a one-man project by guitarist Antonio Freyre who released 2 EPs and a full length album. The project later transformed into a full-blown international band with the release of 'The Next' and ‘And When the Sky Was Opened’.
After 3 full lengths and some lineup changes, Serocs is back with a new album entitled "The Phobos/Deimos Suite".

For fans of Spawn Of Possession, Cryptopsy, Severed Savior and Gorguts