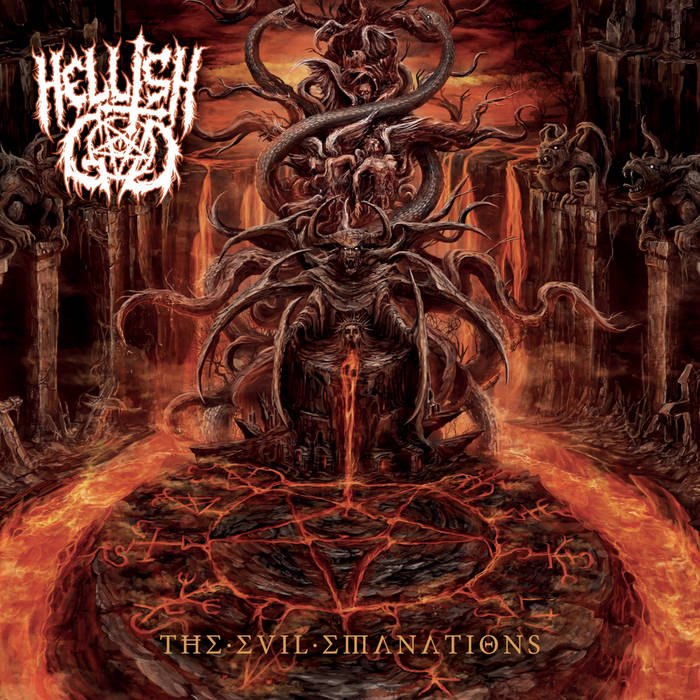 jgflip712 This is crushing. A definite must have for my collection! Favorite track: Anti-Cosmic Decree.

Hellish God's "The Evil Emanations" showcases 10 tracks of blasting Death Metal! Featuring current and former members of Antropofagus, Imposer and Mindful Of Pripyat the band moved its first steps in 2015 with the intent to play savage and satanic Death Metal influenced by the classic late '90s sound.
"The Evil Emanations" is the band first full album and is conceptually focused on Qlipoth, metaphorical shells which represent evil spiritual forces in the Jewish mysticism.