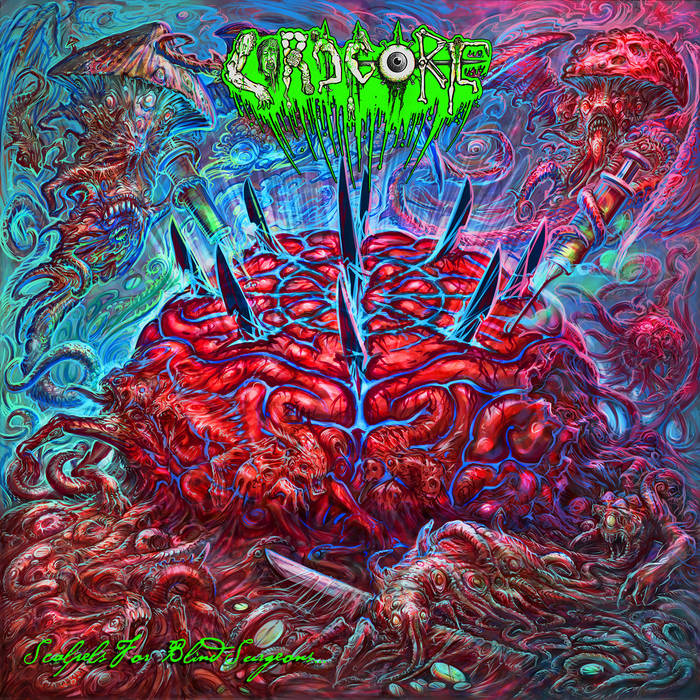 ArmoredFoe Back with a vengeance and still blasting some killer catchy riffs with some of the best guttural growls and snorts around. Favorite track: Lord Of The Flies.

admiral_stiffplank Lord Gore are back and of course their new album is balls-to-the-wall brutal and fun. Buy it or be forever labeled a coward. One of 2019’s best releases. Favorite track: Incubation Sickness.

Only Riffs Are Real

For fans of Autopsy, Pungent Stench, Impetigo and Rigor Mortis.

SPIT029
Scalpels for Blind Surgeons was recorded and mixed during March and April of 2019 by Charlie Koryn at Underworld Studios.
Mastered during May 2019 by Carlo Altobelli at Toxic Basement Studios.
Cover Art by Alex Tartsus Art Studios.