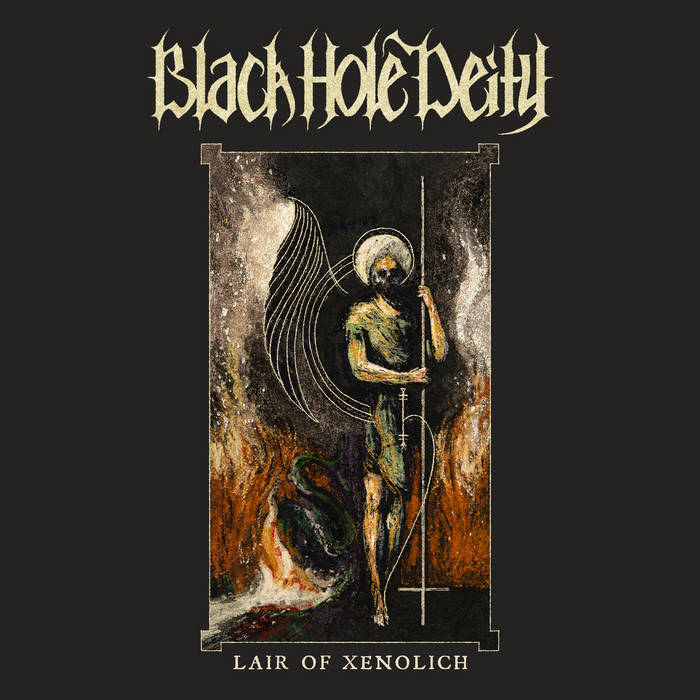 funkhundd The Morbid Angel comparisons are pretty much spot on. Laura of Xenolich by Black Hole Deity sounds like the record the Floridians would have made after Altars of Madness hadn't Death Metal become all the rage back in the day.

Ryan Killer, straight-forward death metal with technical tendencies! This EP is short and sweet with everything you need and nothing you don't for your quick death metal fix! Production is great too. Favorite track: Multiverse Incantations.

Members of Chaos Inception and Malignancy join forces to unleash a new crushing ensamble! Black Hole Deity are purveyors of old school mastery yet sounding modern and tight. This is Death Metal, period.

Black Hole Deity is an all-new supernatural and sci-fi-themed death metal band formed by Cam Pinkerton and Chris White, co-founders of cult death metal band Chaos Inception. Cam recruited Alec Cordero from Los Angeles, CA, from the death metal bands Cruelty Exalted and Calcemia to handle lead guitar duties and finally got none other than Mike Heller of Malignancy, Fear Factory, and Raven to handle the drum duties.
On top of Mike Heller's relentless drumming and Chris White's flesh-searing vocals, Alec Cordero's 80's shred/fusion jazz style solo adds a refreshing twist to contrast the song's otherwise dark and brutal atmosphere.
After the first single, in which it was clear the intent to melt old-school approaches with forward-thinking riffage inspired by Formulas-era Morbid Angel & Despise the Sun-era Suffocation (to name a few) the band started shaping the 5-song EP you are hearing right now, progressive yet dark and brutal.