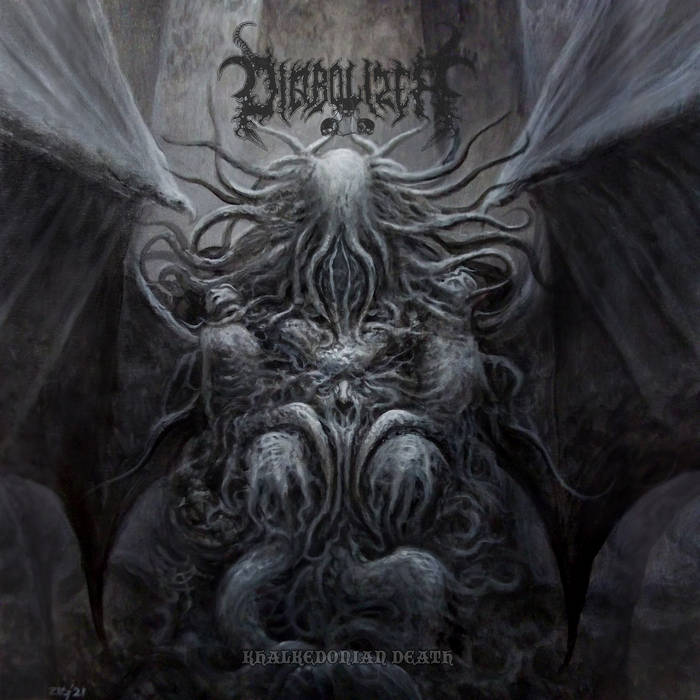 Dante Ruivo Abslutely killer death metal in the vein of Morbid angel and Immolation, but with enough personality to be it's own thing. Favorite track: Spearfuck The Throes Of Treason.

Gremlin Monroe Death is calling, you can't ignore her voice Favorite track: Cloaked In An Aura Of Madness.

insidethewire this one is definitely in my top 5 albums for 2021. Mutantmo stated it perfectly. Instant buy!
more...

Diabolizer was brought to life in 2012 in Kadıköy, Istanbul by Mustafa (guitar) and Aberrant (drums) with the desire to perform a faster, more aggressive and more diabolic Death Metal than their other bands. As the song ideas back from earlier years began to take their final form, the core was formed with the inclusion of Abomination (Vocal) and Malik (bass).
Towards the end of 2012, 2-song "Shadows of Impending Decimation" was released by the band's own means. While playing several local and experiencing several session member changesthe band released an Ep titled "Apokalypse" in the summer of 2016. The band completed the writing process of their first full length in 2018, then Can joined the band as a permanant second guitarist but the recording of the new album was completed only in 2020 due to the many bands in which the members are involved.
Their debut album "Khalkedonian Death" results as their most fierce and complete effort and will be out soon for Everlasting Spew Records, Me Saco Un Ojo Records and Desiccated Productions.

SPIT048
All music by Mustafa, lyrics by Abomination.
Guitars and bass recorded individually by the members on their own.
Vocals recorded by Serkan Mezar at Mezar Sound.
Drums recorded, mixed and mastered by Ozan Yildirim at Deadhouse Studio.
Cover painting by Jon Zig.
Photo by Serkan Mezar.
Layout by Mustafa.