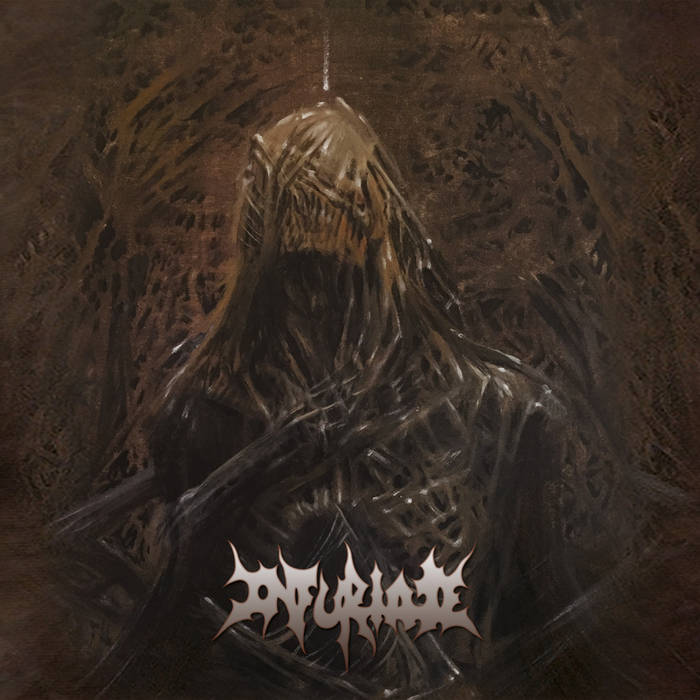 YomaBarr Proceeds from this go to the vocalist's family, the guy's on life support due to covid. Just sayin'.
more...

Featuring members of Sarcolytic, Sect Of Execration, Images of Violence, ID and Whore Of Bethlehem this is absolutely merciless golden-era brutal death coming straight out of Texas!

A group of Texas all-stars, Infuriate was founded in late 2015 in Austin by Sterling Junkin (Id, Widower, Laughing and Lying, Venereal Baptism) and Steven Watkins (Serpentian, Sect of Execration, Sarcolytic, Images of Violence). Quick to jump on board were James Vandenberg (Whore of Bethlehem) and Jason Garza (Id, Blast Perversion, Slow Grind). Needing some low end, Alan Berryman (Whore of Bethlehem, Cathexis) was summoned for bass duties and a full line up was quickly formed. After a few months, James Vandenberg parted ways on good terms. That left Infuriate with vocal and lyrical duties to deal with. Sterling stepped up for lyric writing and Jason was a perfect fit for vocal and guitar duties. A practice session was recorded by A.R. Mendez and was later used as demonstration material which can be found on their bandcamp as well as Everlasting Spew bandcamp. After about a year and a half of songwriting, 9 tracks had been arranged for Infuriate's debut self titled album. The album contains a wide range of sinister topics that focus mainly on the brutal side of nature and unconscientious human behavior. The music is highly influenced by late 90's death metal with a modern speed. All artwork for the album was done by the legendary Jon Zig. Images for every song were made for a more vivid lyric booklet. A.R. Mendez was again requested for Producing duties.

For fans of Deeds Of Flesh, Severed Savior, Severe Torture and Disavowed.

SPIT025
Recorded, mixed and mastered by A.R. Mendez.
All music and lyrics by Infuriate
except "Mori Terrae" used with permission from Paul Romano's "The Choice"
Logo by Sterling Junkin
Art and layout by Jon Zig