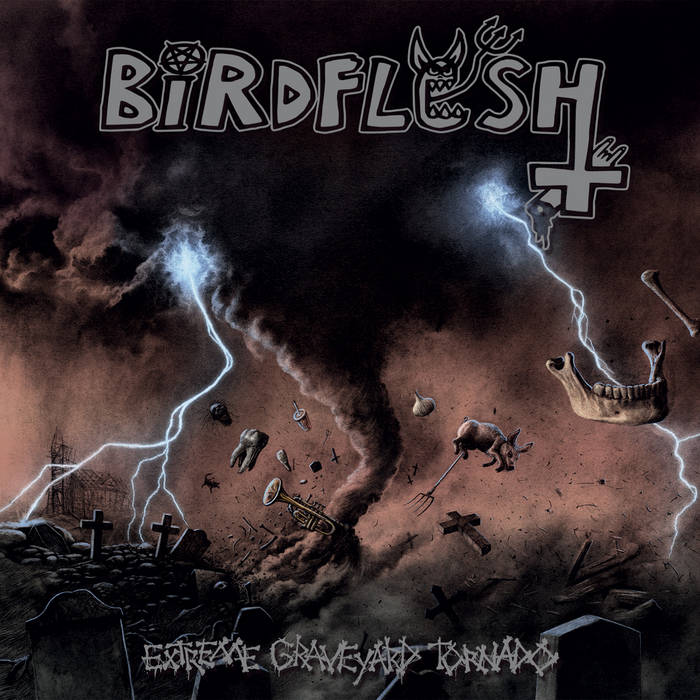 Sweden masters of thrashing GRINDCORE are finally back with the first album in over a decade! And it's crazier than ever!

Formed in Växjö in 1992, Birdflesh is one of the craziest and long lasting grindcore acts around. Their take on grindcore is filled with strong thrashy influences, wacky lyrics and a funny atmosphere overall.
Over the years the band released a huge amount of music, consisting in 4 full lenght albums and countless Demos, Splits and EPs, but being so prolific has never been an issue for Birdflesh as their material was, and is, always above the bar.
As they gained the status of “cult band” in the grincore scene, the live activity took the band on the greatest stages for extreme metal, such as Obscene Extreme Festival, Maryland Deathfest, Neurotic Deathfest and many more.
There is nothing in this world like Birdflesh.