by Construct Of Lethe 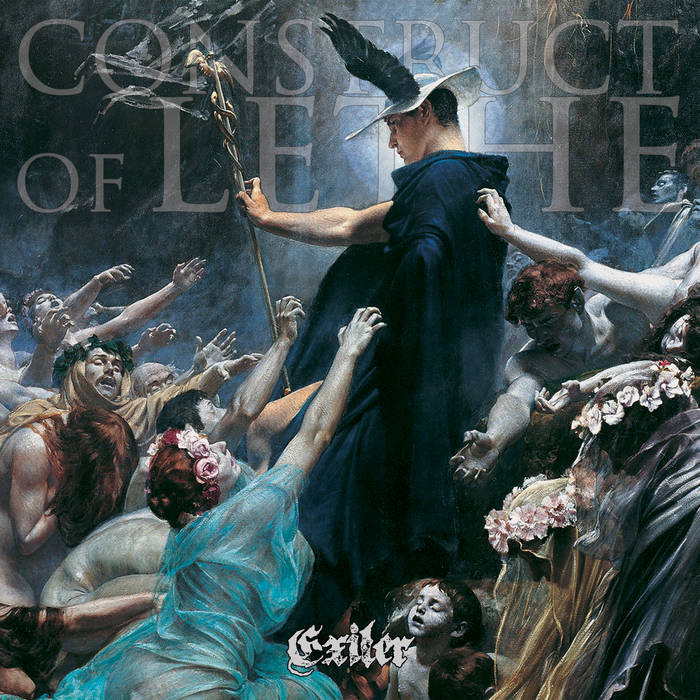 YomaBarr Know what, I must have listened to this album at least ten times at various moments before and even if it seemed just made for me it just didn't want to catch. Now all of the sudden, bang, gotcha. Dissonant and delirious. The lyrics are deeply delirious too. Shoutout to whoever made this show up in my feed again.

Fraz I'll be honest, it's taken me a few listens to get properly into this album. But now that I've cracked it, I am really enjoying the unique blend of styles and what is an interesting take on the genre. Great album that is worth the extra attention. Favorite track: The Clot.

|VUK| Superb blackened death metal, with a surprise around every corner. The guitar work on this thing is massive! Brilliant album! Favorite track: Soubirous.

whatisthis8175 This album is bonkers and you'll be too after you listen to it.

GWW This band caught me off guard. I heard a tune on No Clean Singing and it was good but i was unready for this juggernaut of Death Metal riffs and grooves. Top 10 Death Metal for 2018, without doubt, it's that good!

Construct Of Lethe return with their darkest album to date, putting top tier musicianship at the service of old school roots and ominous atmospheres.
Featuring members from Near Death Condition and Benighted.

Construct of Lethe is a band born of evolution.
Begun by guitarist Tony Petrocelly in 2010 to consolidate and release music written for previous bands that broke up before proper recordings could be made, it has grown into a beast of its own.
The band's 2016 debut album "Corpsegod" is a furious assault of blasting, technical death, while their follow-up EP "The Grand Machination" traded brutality for suffocating atmosphere.
2018 will see the release of their 2nd album "Exiler", their most dynamic and varied release to date. Rooted in solid, thought out death metal, the songwriting delves into black metal, doom, the avant garde and back without becoming a slavish regurgitation of influences, it is calculated and determined, showing a band reaching beyond tired genre cliches. Recorded at Trepan Studios, the album sounds simultaneously organic and modern, fitting the material like a glove.